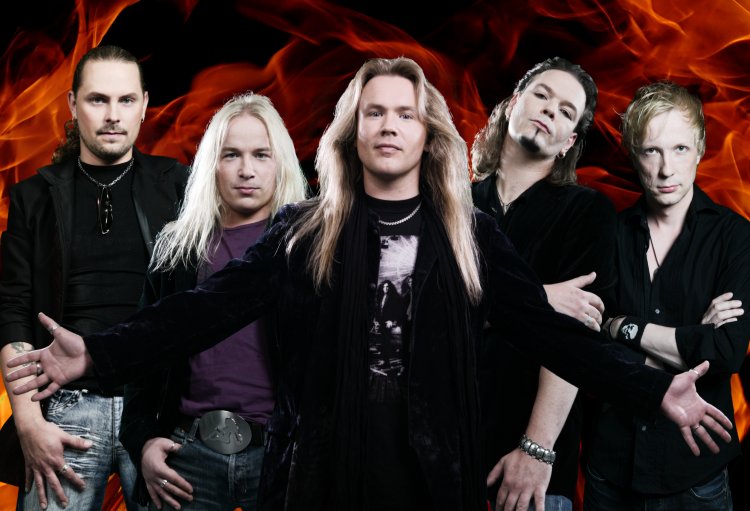 In 2001 keyboardist Tomppa Nikulainen, Pekka's bandmate in Cashmir, composed a riff that later became the main riff in "One Single Breath," and Pekka wrote a melody and lyrics to go aloong with it. They were joined by Jason Flinck, who had met Pekka when they were in the army together, and Nightwish guitarist Emppu Vuorinen. The band's name is the English translation of the name of Finnish tennis player Veli Paloheimo. In 2006 the band released their debut album False Metal. The album title was taken from Manowar's slogan "Death to False Metal." In 2007 Brother Firetribe recorded "I Am Rock" and it was used as the theme music for the Finnish television show Pelkkää lihaa. In 2008 they released their second album Heart Full of Fire. Nightwish vocalist Anette Olzon duets with Pekka on the title track. In early 2009 Brother Firetribe went on their first European tour, as the opening act for the Swedish industrial metal band Pain.